odes Administrator
October 2017 edited October 2017 in Patreon updates
This is a reposted submission from Patreon. Due to Patreon's terms of service, which disallows adult content to be publicly viewable, we had to make some posts patrons-only. Now we're reposting these submissions here on the forum, for everyone to view.

This new system is composed of multiple parts - each one tailored for a specific purpose that takes both the technical (performance, memory usage) and the artistic (quality, final look) into consideration. These parts are:

This effect was very tough to achieve. We're using a multitude of different tricks to get here. It's hardly perfect, but it's far better than last time, and also does it in a reasonably efficient manner. It has a slightly higher cost than the crude particles from before, but I think it's worth it.

(Stepping through the 8x8 texture atlas)

This new system is also a bit better at adapting its shape to whatever geometry it hits.

1) How to collide against a dynamic mesh with reasonable resolution and performance.

Ideally, you'd want to collide against a mesh collider that accurately represents the surface of the mesh. Unfortunately, calculating such a collider is extremely expensive, and something you only want to do once (i.e., not for a changing surface). So we had to think of something different...

2) How to spawn decals on a dynamic mesh that may change later on (i.e. inflation).

We're happy to say we've managed to solve both of these problems using a custom solution that approximates the surface yet generates a valid surface point. In many ways we're cheating, but that's fine as long as the final result looks OK.

Wrapping it all up

All three systems working in conjunction in a scene.

With the character creator in YL2, we want to push the limits of what is possible. We want to do the furry community justice in a way that hasn't been seen yet in any furry 3D app/game. In pursuit of this goal, we have identified several unique features we want to implement, as well as the problems that come with trying to achieve them. And this is where we've managed to make some significant progress this month. One of the hardest problems we identified has been solved, and the implications of this are immense. We didn't know if it was possible, and a huge part of our vision depended it. It feels amazing we we're able to solve it.

I understand I'm being vague. I'm not one who likes to hype things up before we have something to show. In the coming months, we will explore just how far we can push this new tech, and once we have enough content, we will share it with you. Development is looking very promising and we're extremely excited.

In the mean time, here are some character creator heads Dogson has been working on: 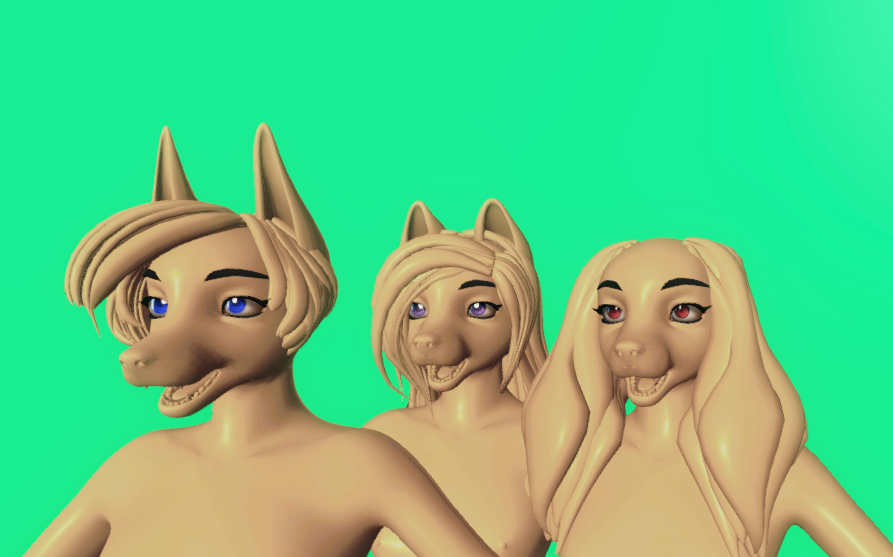 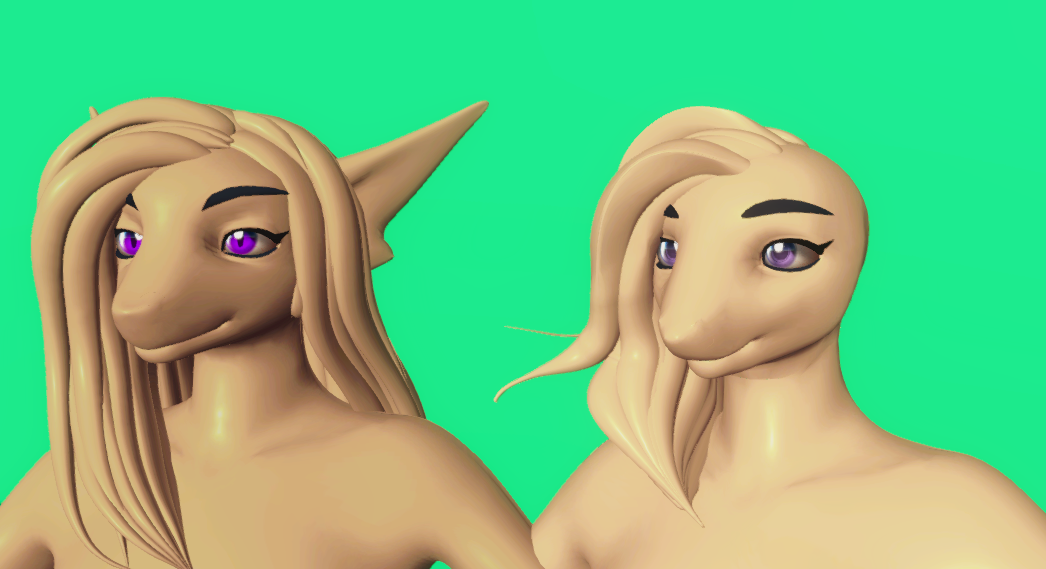 "My main thought with the neoteny faces is that it is generic enough for users to fill it in with various appendages such as ears, horns or other objects and it will function as a jack-of-all-trades faces. Sometimes generecy can fill a function. for more about neoteny, please visit this wikilink: https://en.wikipedia.org/wiki/Neoteny ".

It goes without saying all this is very WIP and does not represent the final product.