umnut
October 2019 edited October 2019 in Off topic
There are things I disagree with in this video, as well as things I want to add to it, such as the idea that censorship is there not only for the reasons he specifies, but also for attempting to prevent or reduce the exposure of information that would tear down the "official" stories and give people alternative information to work with.
Censorship is stupid, because it attempts to prevent shitty ideas from being criticised and good ideas from being communicated.
Regardless, censorship is nothing more than a tool for manipulation, societally speaking, and on personal levels, a way for cowardly people to dismiss information that doesn't stroke their ego or that they feel might collapse the walls of their complacency or/and ignorance.

Closing off threads, (odes, and potentially those who may have talked him into doing it), that contain topics you don't like or aren't interested in, is also a form of censorship. I appreciate the game you made and the game you're making, but censorship is always a bad sign.

Knowledge and information is as it is by virtue of itself, not by how few or how many believe it to be in whatever way.

When we love and respect ourselves, as well as each other, we don't look to censor anyone, and we definitely do not accept anyone censoring us, or anyone else. 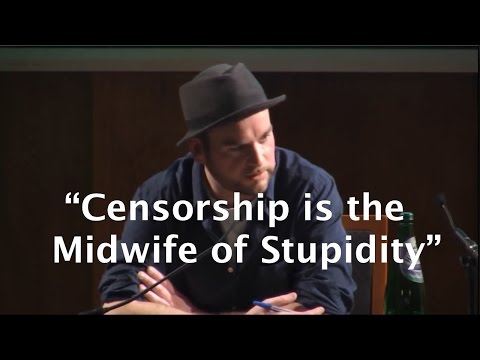 This discussion has been closed.
Forum Software Powered by Vanilla