Brownmane
January 2020 in Issues
So, while working on robot bunny U5-A61 here... 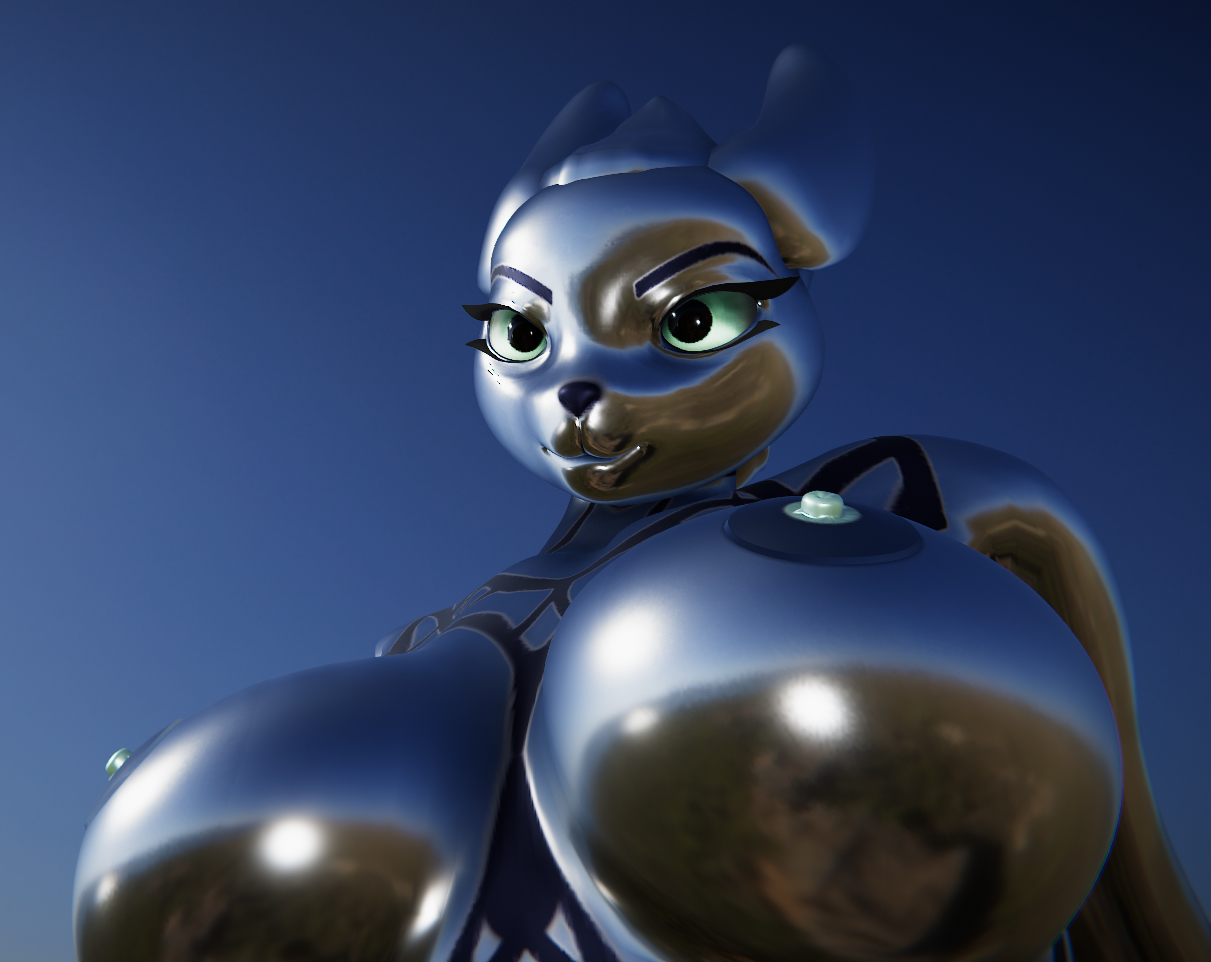 ...I came across an issue again that I first ran into with a previous character (that I've not showcased yet) that caused me to lose a good few hours of work; when I tried to save, the cursor turned into an hourglass and was stuck in that state, with no actual saving taking place. Trying to save again had no effect, other than canceling making the cursor turn back normal again. First time around, I tried to load the character up again, thinking it was just a UI bug, causing the aforementioned loss of work. However, now that I was wiser, I started troubleshooting, fearing I was about to lose a whole lot more painstaking work on this here robunny and hoping to avoid that.

I had a sneaking suspicion that Operation Masks were the culprit, and that indeed turned out to be the case; when I tried deleting the last one, nothing happened, the item staying put right where it was on the list. Well, removing all the masks the operation was using fixed that, and after deleting the operation, I was able to save again. I was very careful to save after every attempt at using operations again (thankfully never running into the issue again), and once I was done with U5-A61, I loaded up a fresh character and got to work figuring out exactly what combination of masks caused the operation to shit itself.

Turns out this is the cause: 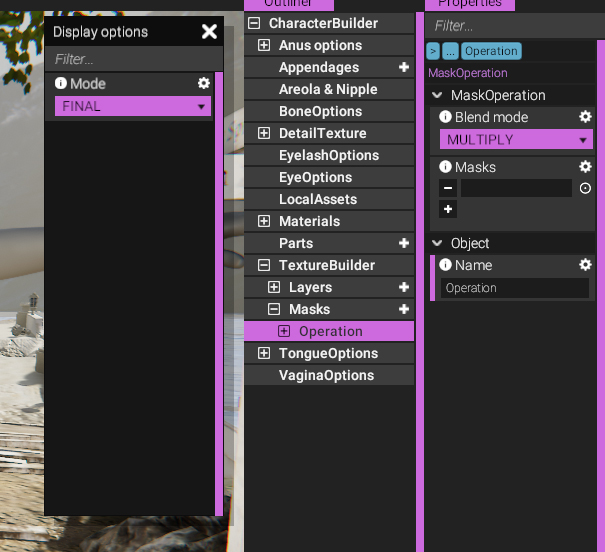 That's right, having an empty slot on the list of masks for the operation to use causes the problem. Here's the log, too (turned out to be too big for Pastebin to handle), in case it's useful.

Another issue I came across while working is that moving a decal and undoing causes the rotation to change. Bit of a frustrating little bug, let me tell ya. Here's some shots of it in action: 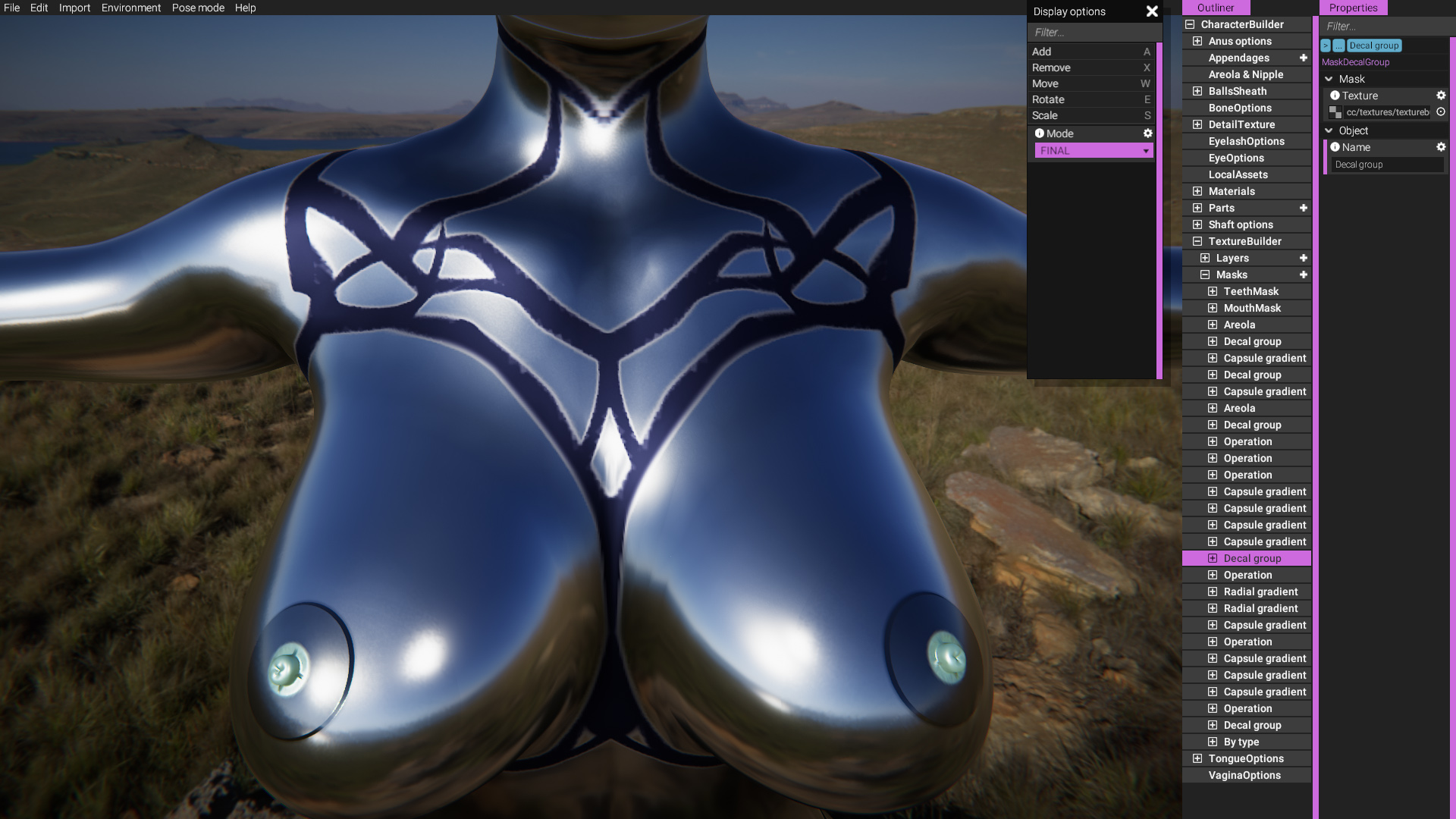 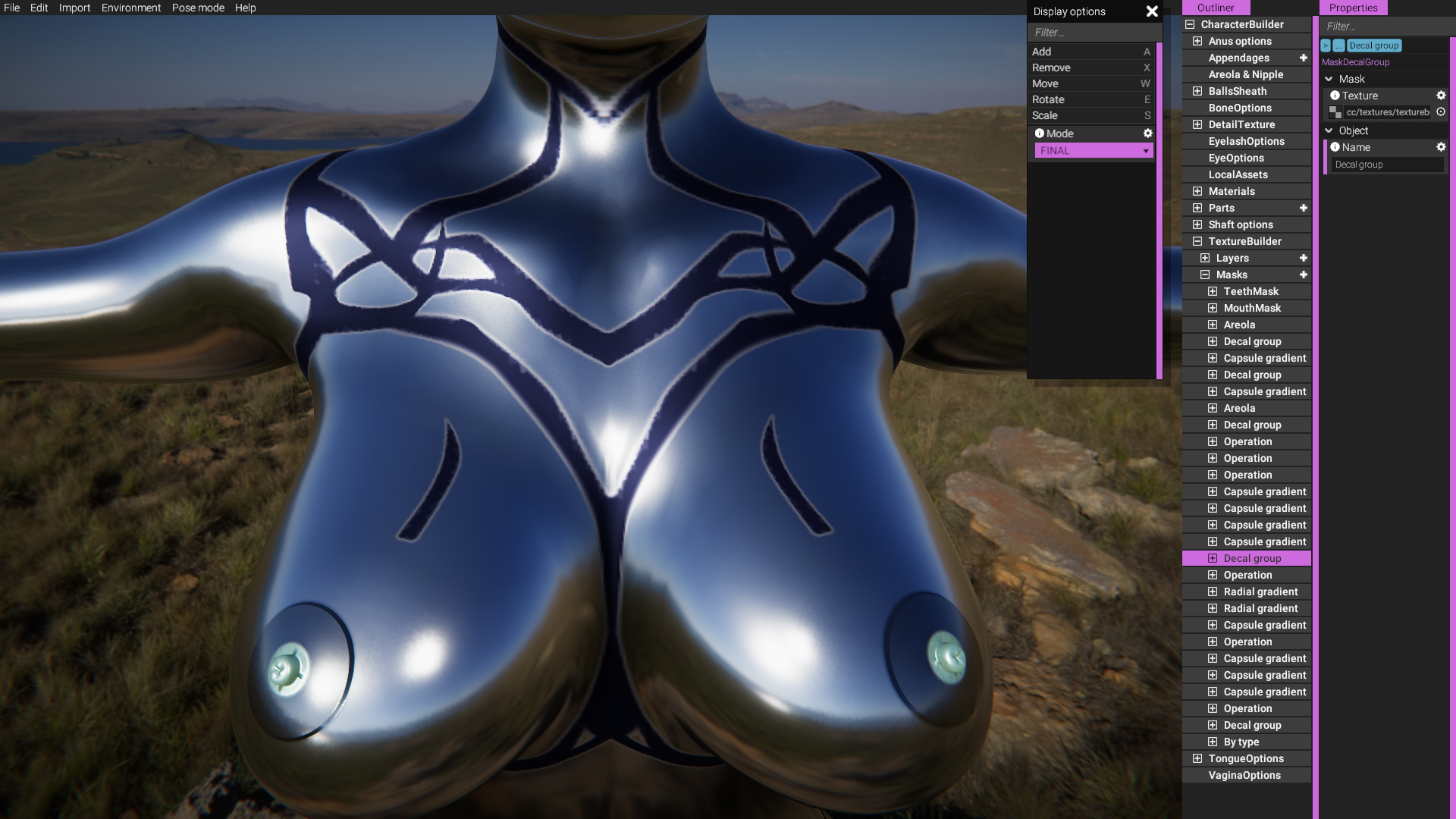 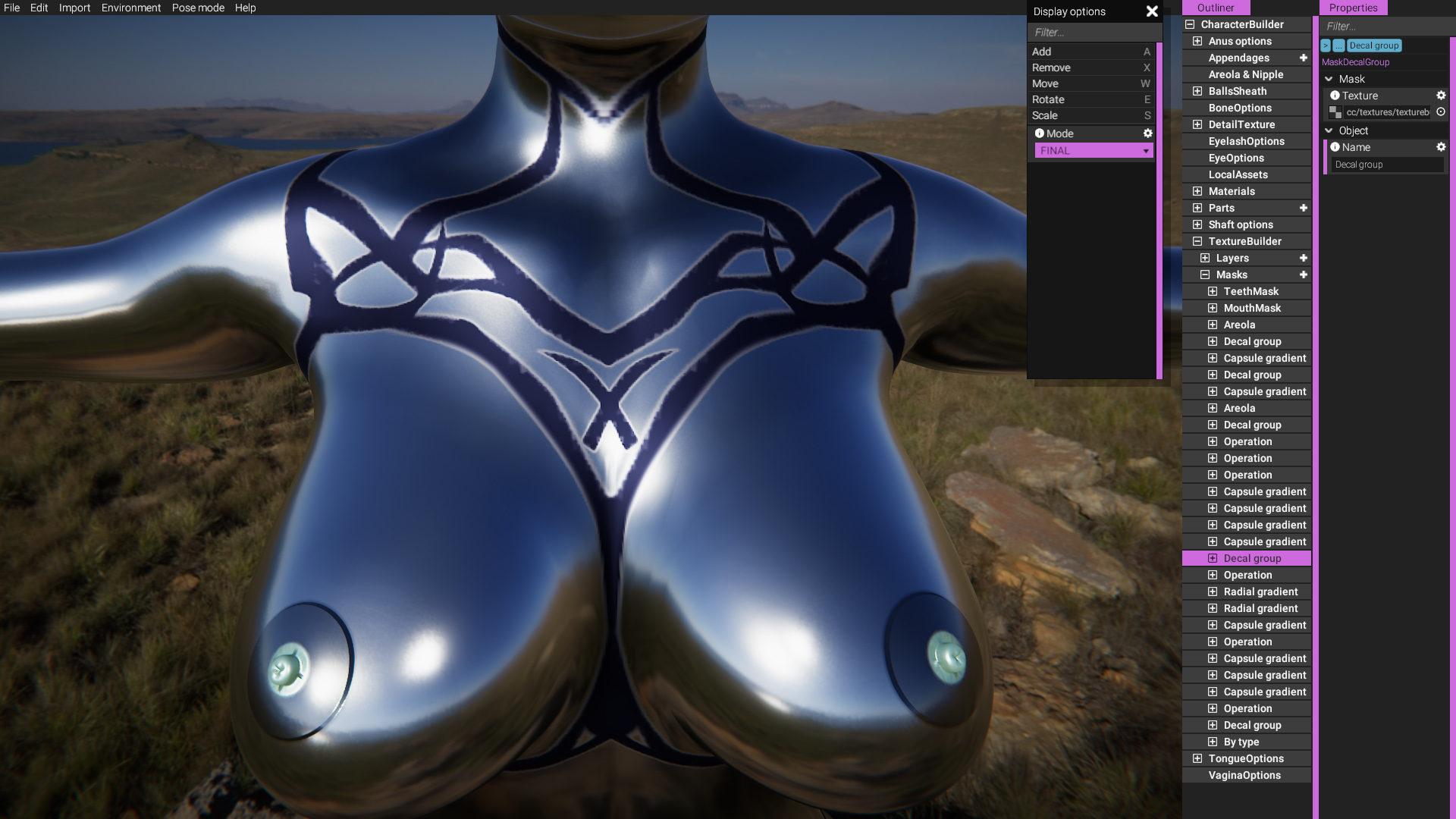 Aw nuts.
Here's the log, this time it fits Pastebin.

One more problem; I quickly became aware that the maximum number of decals in a single mask is 25. Adding just one more causes all the old ones to disappear, which thankfully the undo command fixes. Not too bad of an issue, considering you can just make another group, but nevertheless a bit of unnecessary extra hassle, especially if you forget exactly which group contained which decals. Consider setting that limit closer to 100 if at all possible.

Would it be possible to get a multi-point Capsule Mask, by the way? Bit of an annoyance to make multiple ones for a continuous shape, considering the fact that it takes a lot of fiddling to get everything to line up neatly and that you have to do some preparatory work with operation masks to even see what you're doing.

Some basic geometric shape decals wouldn't go amiss, either. Not that it's particularly hard to fix up ones of your own, obviously, but not everyone knows their way around Photoshop well enough to just slap some together and even if they do, they might run into unexpected problems, like I did when I made mine too high-res for them to work in smaller scales. I also couldn't figure out how to make them alpha channel only for .jpg or .png, so I got three copies of each on import. Decided to just play around with the eyebrow decals in the end, and I think the end result's not half bad, even if I do say so myself:

So, how's everyone liking this Hajime Sorayama -inspired piece of chrome and silicone? Figured I'd give her a dick since I ain't seen too many thusly endowed ladies around yet, which honestly surprises me a bit.