Some rigging and normal map issues.

Brownmane
July 2020 in Issues
Hoo boy, I've away for a while, haven't I? Summer always has me bouncing between locations for various family gatherings, so I haven't had much of a chance to touch YL2 lately. Now that I have a bit of a breather and did take a gander at what's new, I noticed a few aesthetic issues right off the bat.

First off, seems the f_athletic bodytype's legs don't straighten out too well with digitigrade legs, specifically at the knee: 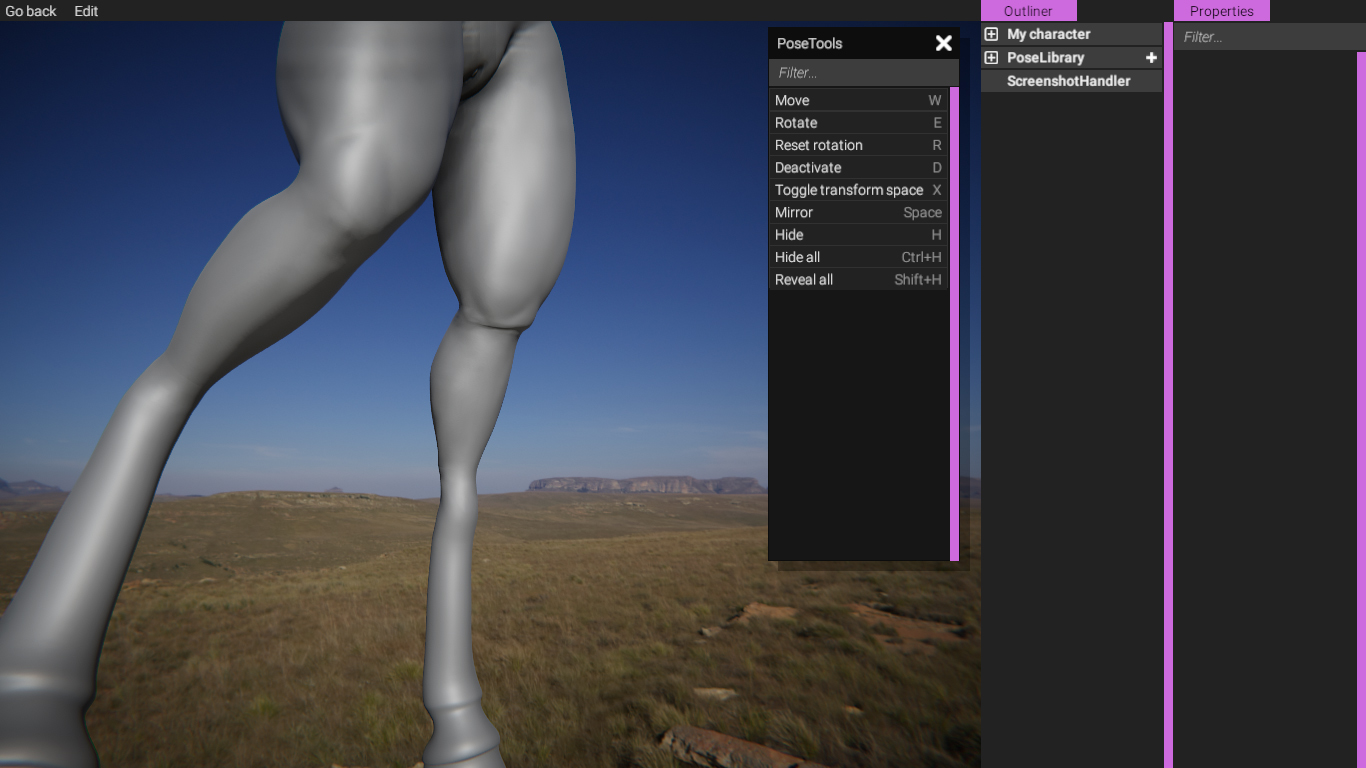 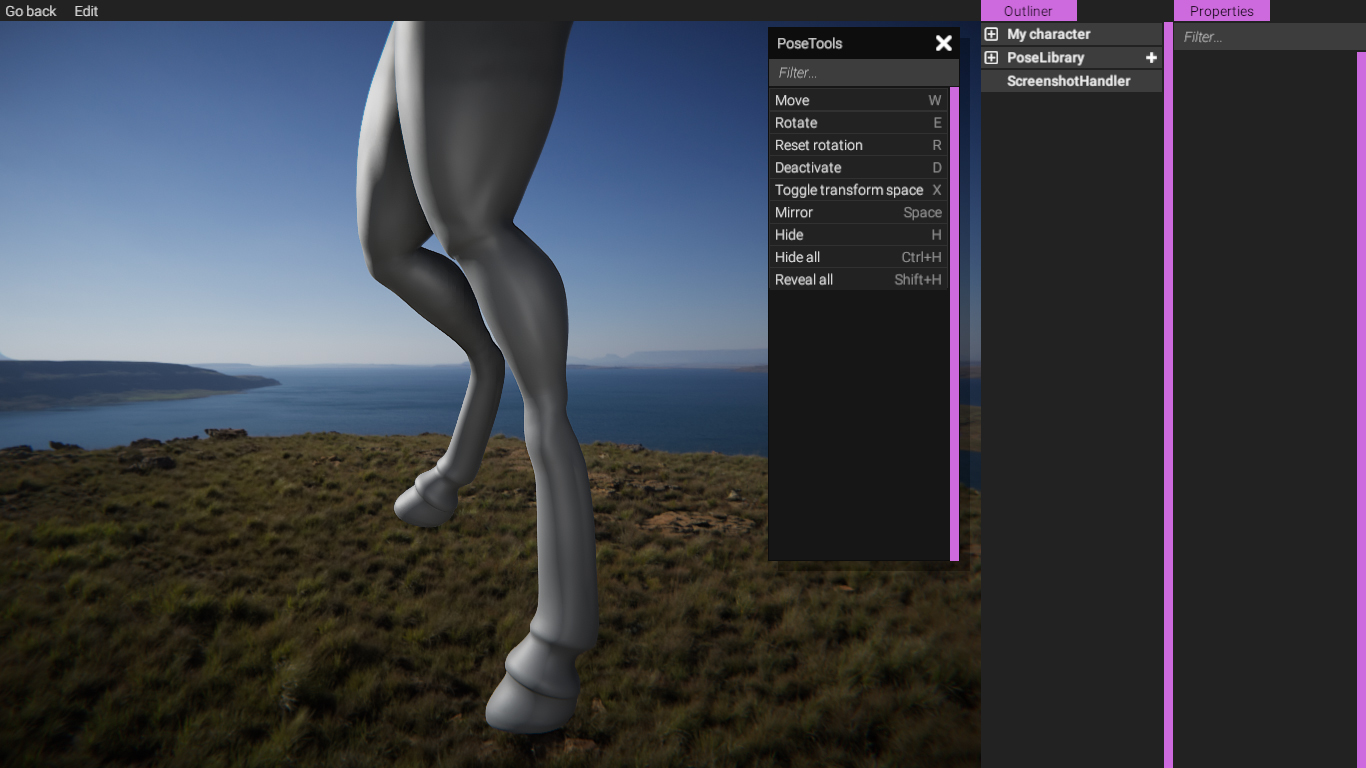 As you can see, there's a rather unsightly line at the joint in question. Could use some more blending between the vertices each bone influences there. Also, been meaning to point this out for a while but couldn't find a good opportunity to do so, the ankle of the horse digitigrade model needs more definition, methinks. Especially straightened out, it pretty much disappears completely. It should look something like this instead: 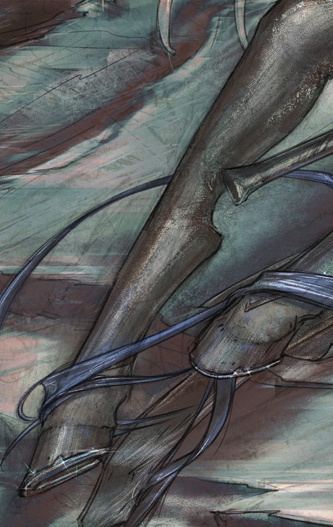 Or like the new scalie digitigrade model, that's got a nice ankle to it. Could maybe use a less harsh bend at the front of the joint when transitioning from resting to straightened, though: 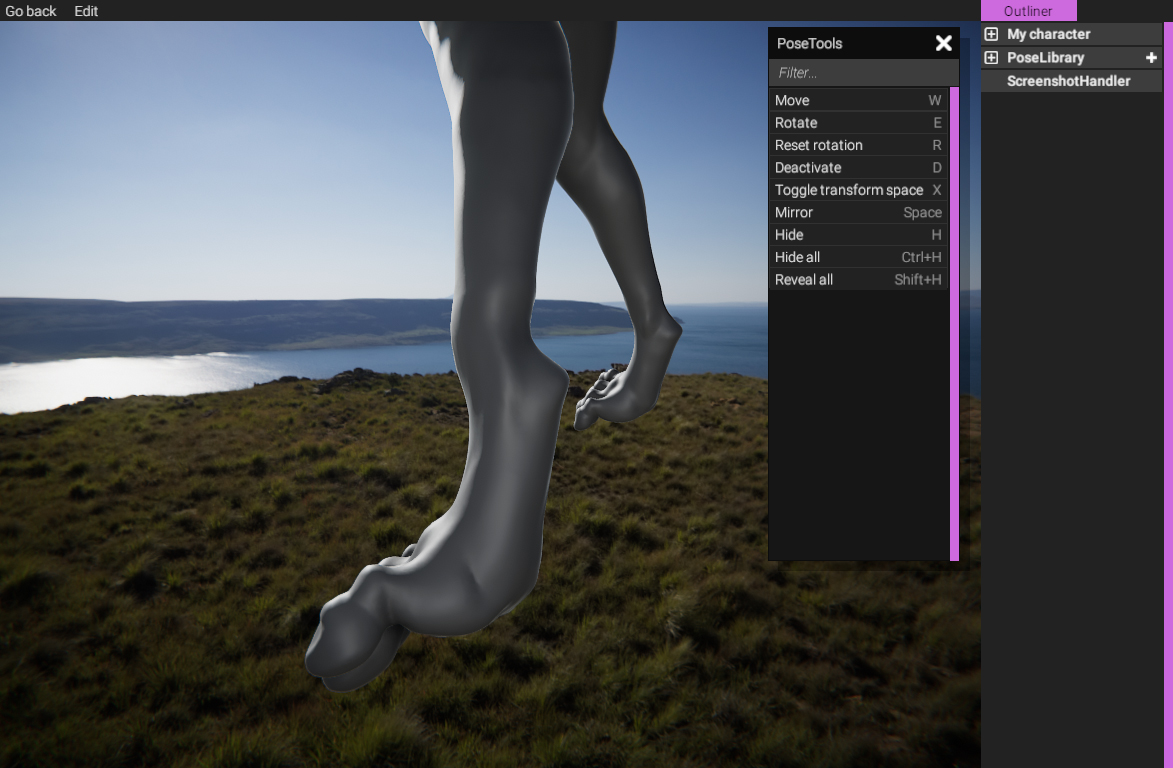 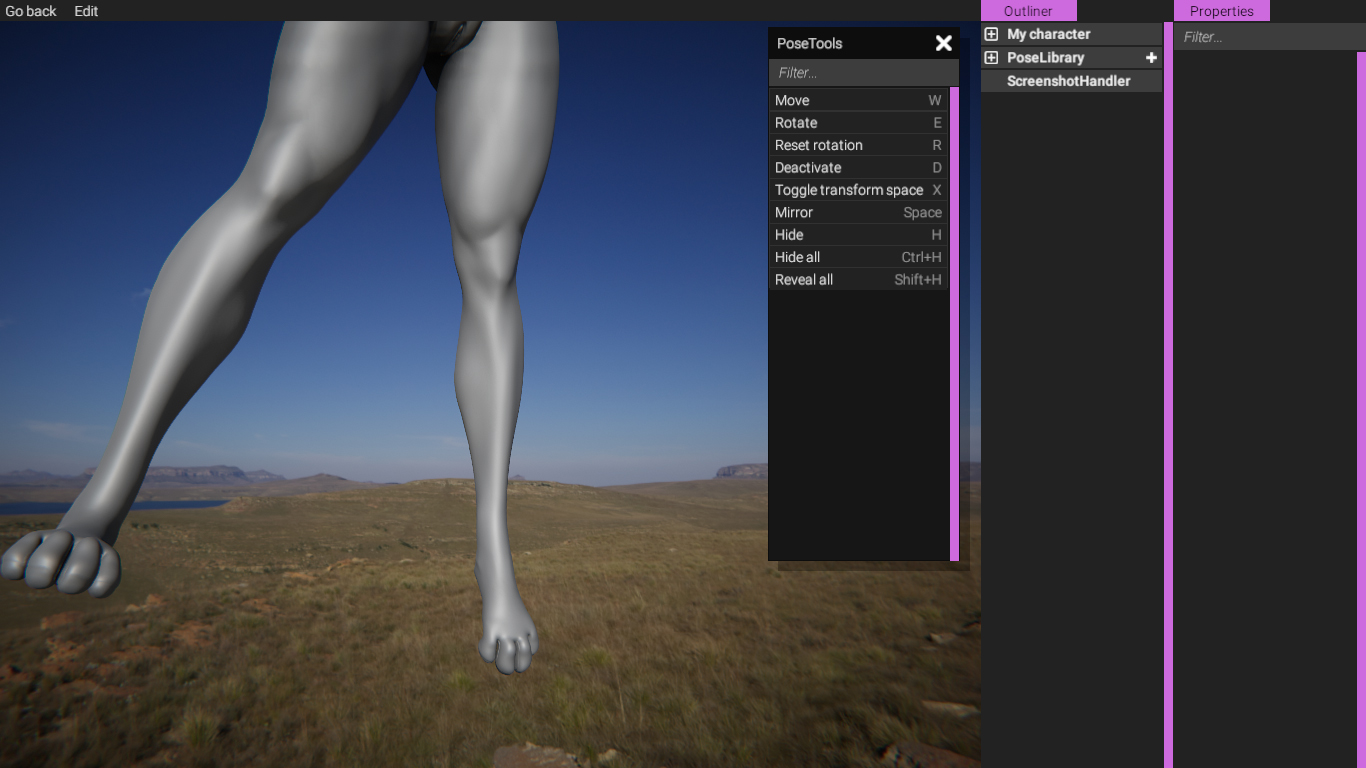 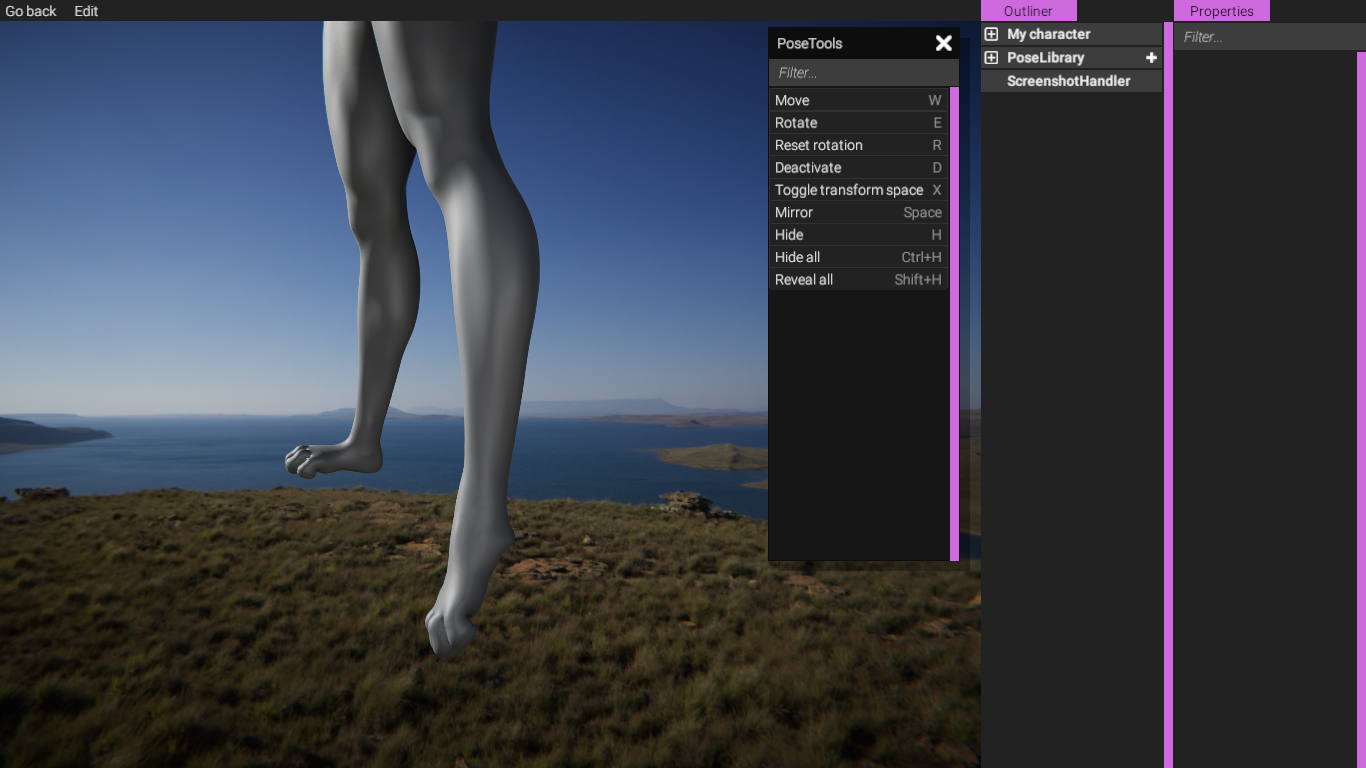 Also, I had a sneaking suspicion the knee rigging might be a widespread issue with other bodytypes' digitigrade legs in general, and unfortunately, that turned out to be the case: 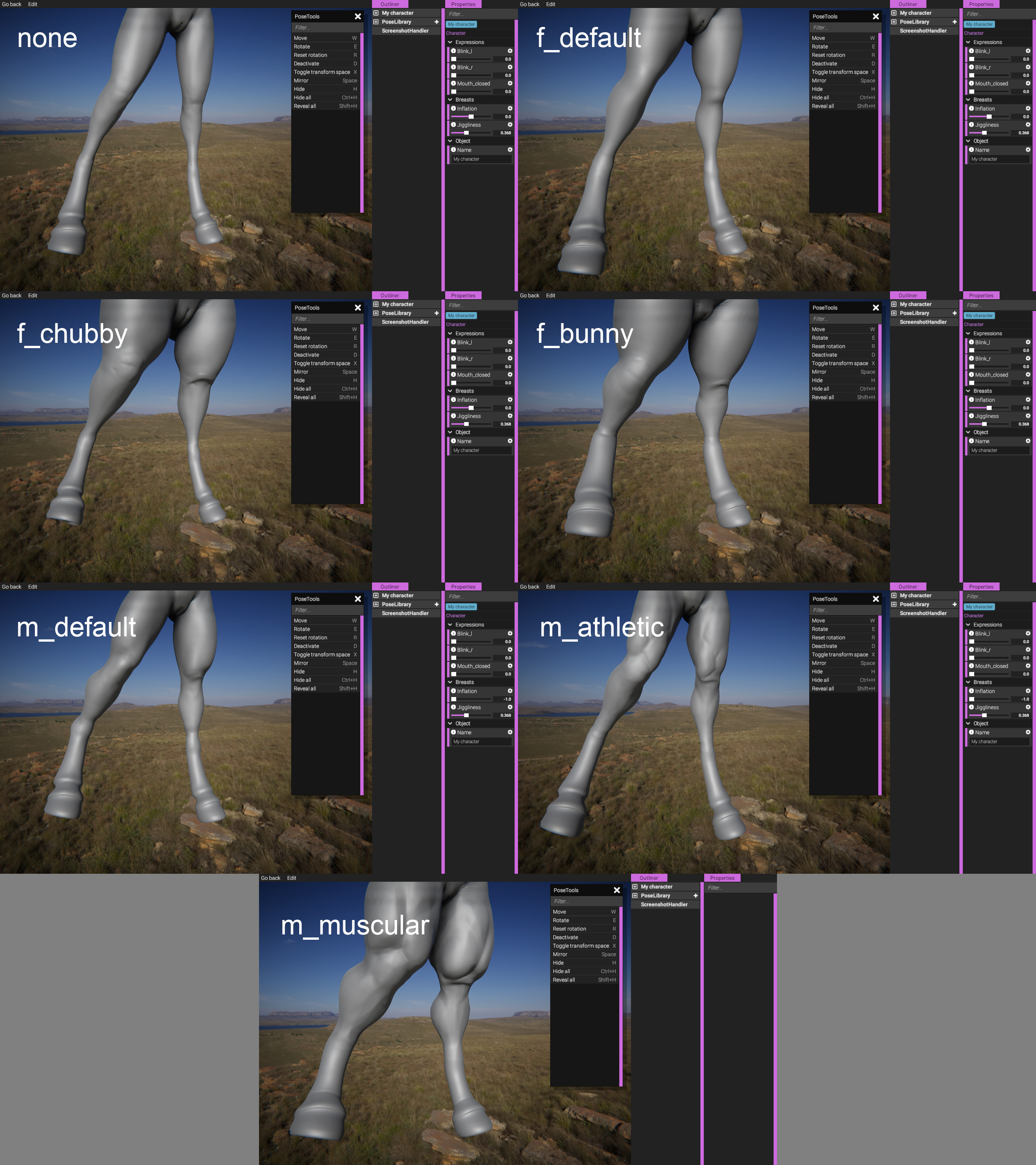 None seems to be the only one that doesn't really suffer from it, and f_default's is not prominent enough to look bad, but the rest definitely need work.

Next up, m_athletic has some very noticeable seams in the normal map: 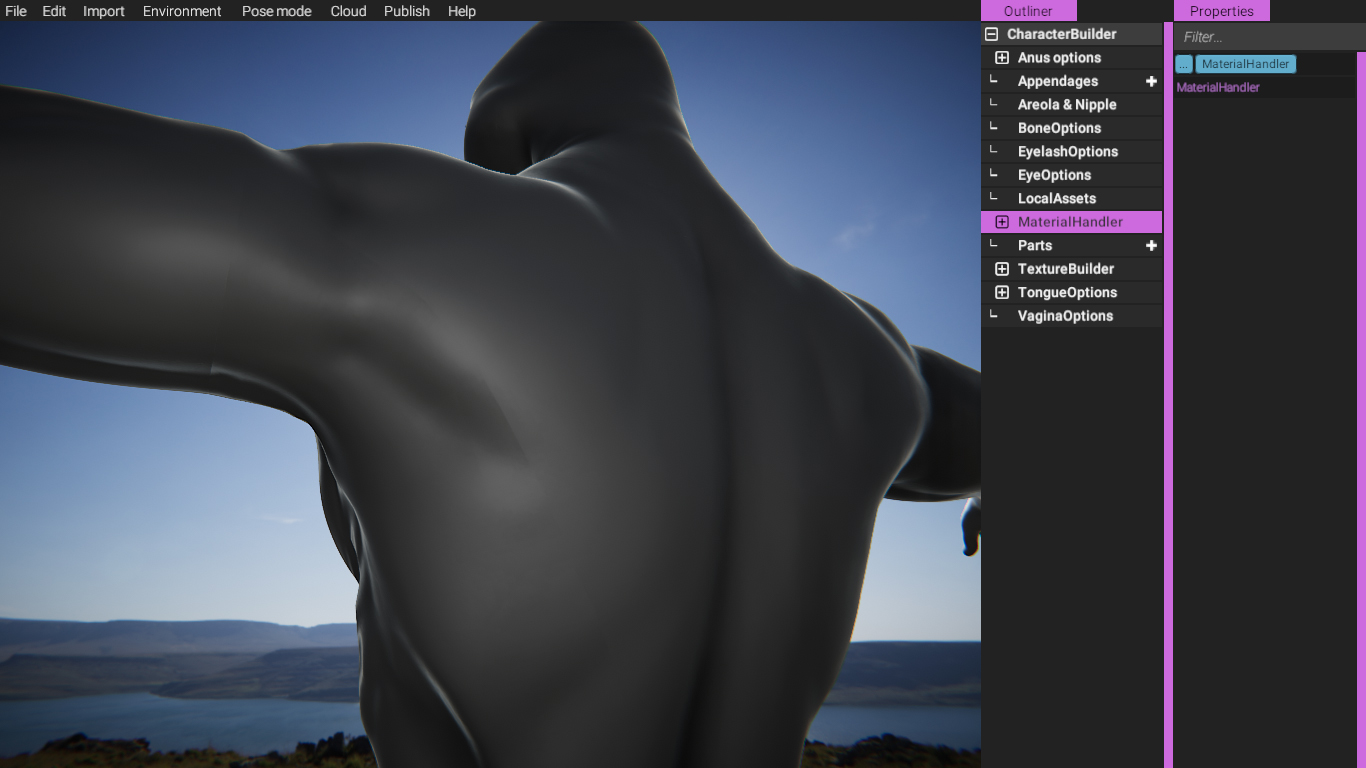 Hmm, let me turn up the metal and shine to make it look a bit more prominent... 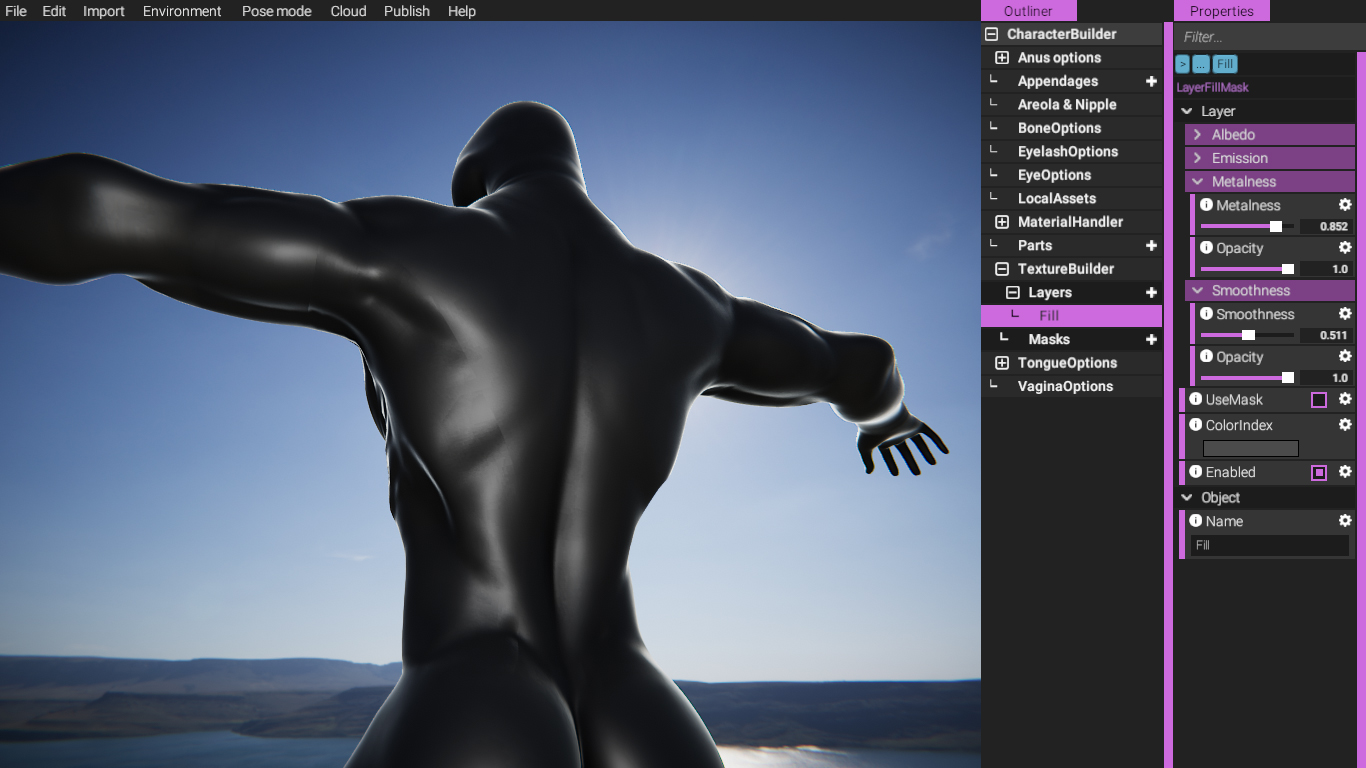 The seam's only on this side of the back, and apparently also includes the transition from shoulder to arm.

At the front, a similar story: 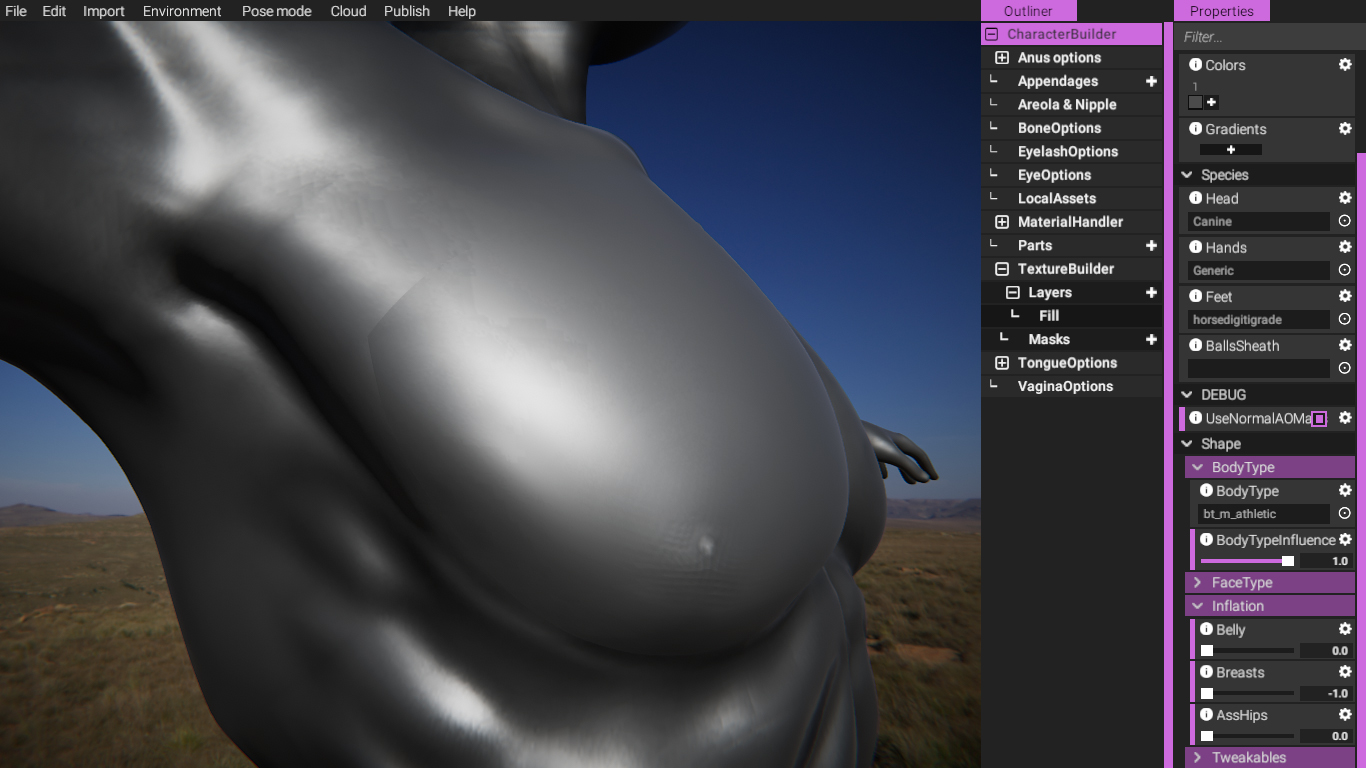 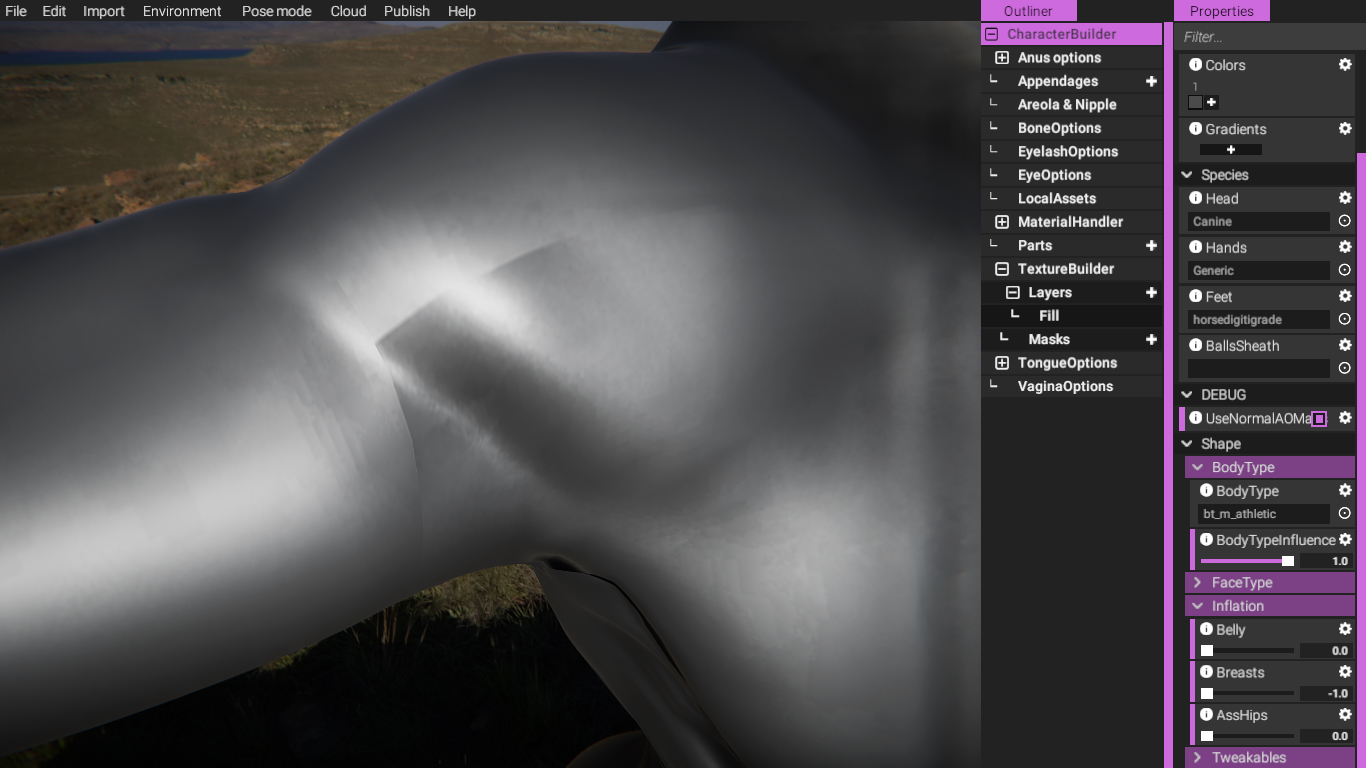 Also, looks like polygons around the nipple don't blend smoothly like the rest. I'm guessing this is part of the same general normal map problem, so hopefully it won't need extra work.

That's all I've got for now. I'll try to get my characters uploaded to the cloud within a week, but every time I've tried to start work on optimizing them, something's come up and I've had to drop everything. Here's hoping the pattern doesn't repeat this time around.