Blacky
April 21 edited October 19 in Characters
Alright, been busy with updating old stuff and preparing my 30th character, got delayed by some technical issues but now I'm back on track with the second member of the 'demonic' realm (still need a proper title for this project): 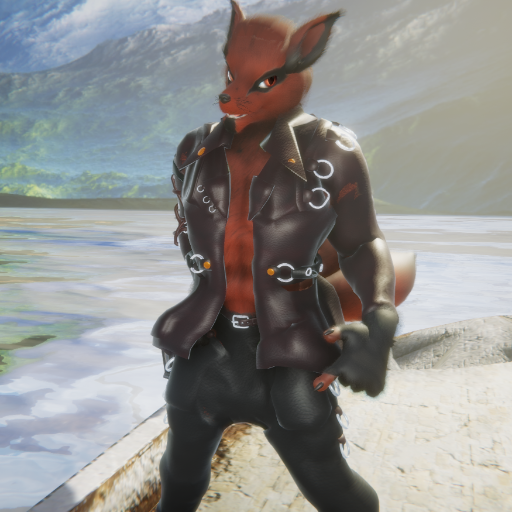 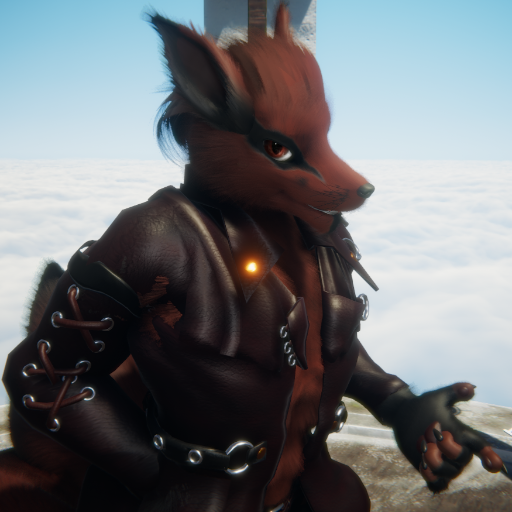 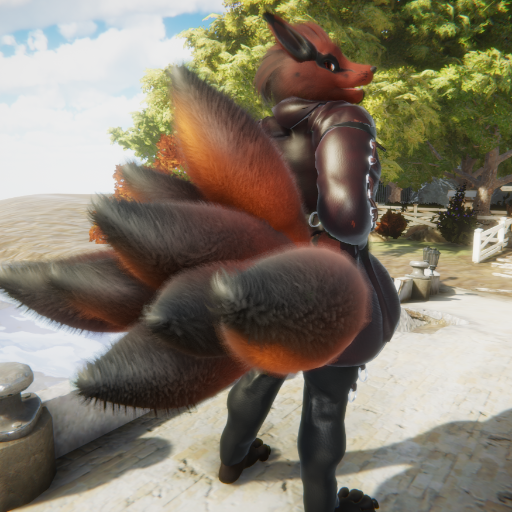 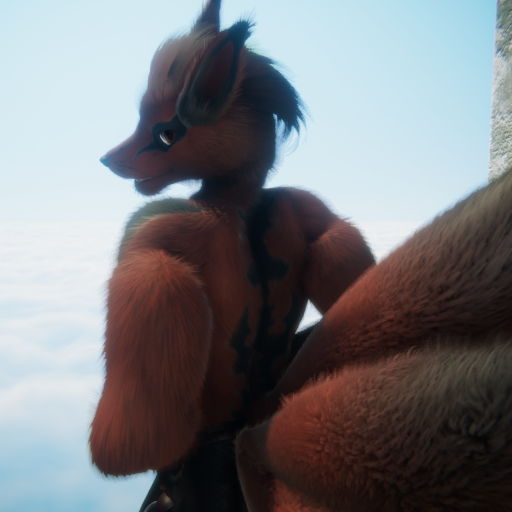 Furry VNE Team released their Akari quite a while ago and I was certain I wanted to do a kitsune myself but of course with my own style and maybe a male. She would need someone to play with after all. So time passed and I was working on concepts but never really found the time to properly think about how he would look like. Then I created Samael and came up with the idea to make some antagonists for my dragons. As I made clothes for Eilidh I decided to add a tail of a fox to her loincloth belt and once again my lore-making-brain kicked in.

I made him in the same style as Samael, with texture and contour masks and decided to give him a similar clothing style since they are both on the same 'organization'.

Of course some might have already noticed that Kurama from Naruto series stood model for him but just in case: 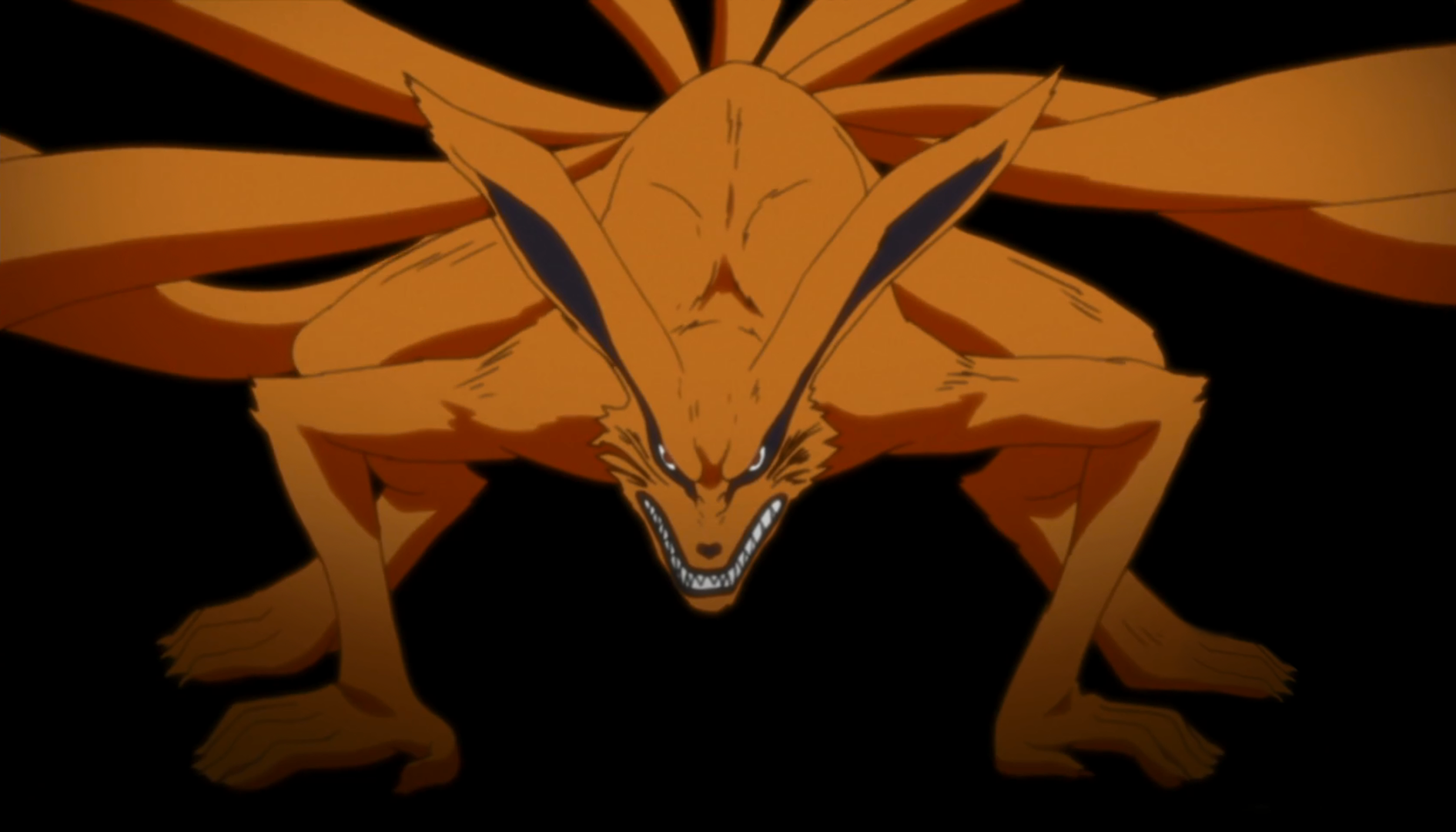 Kaji is a Japanese given name for males and means "blaze". Since he is a kitsune (terminus for foxes in Japan) it is really fitting to give him a name from said land. Also his red fur and his title and background has a lot to do with fire. We'll get to this in a second

Kaji obtained the title "Black Flame" from his family after mastering the unique ability of summoning black fire for the first time (also notice the pattern on his back). This is a very special kind of magic to which dragons have no access to, not even the Lord of Fire unless they posses a part of a kitsune. Black fire has the ability to burn everything no matter what material the target is made of. The kitsune however have a codex which prohibits them to use this magic against other living beings.

Kaji is a charismatic guy, with a sharp mind and sometimes a even sharper tongue. He is a powerful spell-caster and a good strategist but he's no show-of.

Kaji was a humble young man, dedicated to his studies about the different worlds that co-exist without touching and knowing about each other but that changed after the day his village got invaded by dragons, seeking the secret behind the spell that creates black fire which consumes everything.

The commander in charge of this assault was a young dragoness named Eilidh, decorated with the title "Lord of Fire", possessed by the thought of being the first of her kind to be able to use that legendary power. Seeing only one way out of an incoming massacre Kaji explained to Eilidh that this kind of magic can only be performed by a kitsune himself or by someone wearing a part of a kitsune on his clothes. Eilidh suggested to let Kaji's people live if he would give her such a part and he willingly let her cut one of his tails.

Eilidh held her word and let the remaining villagers live but Kaji swore to take revenge for his people and take back his tail, removing this way to dangerous power from the dragoness once and for all.

From his studies he knew that he would theoretically be able to make contact with another world, finding someone who would share his goals...and he managed to do so.

Kaji called for someone who would help him fight dragons and Samael answered. He was, of course, pretty thankful to get access to this word but after the two spend some time together they grew extremely close friends.

However there is one thing that stands between them. While Samael wants to get rid of the order of dragons known as the "Seven Angels" Kaji still believes in the good among them and he only wants to take revenge on Eilidh in particular to restore balance but for now he decided to travel with Samael and his gang of reapers.