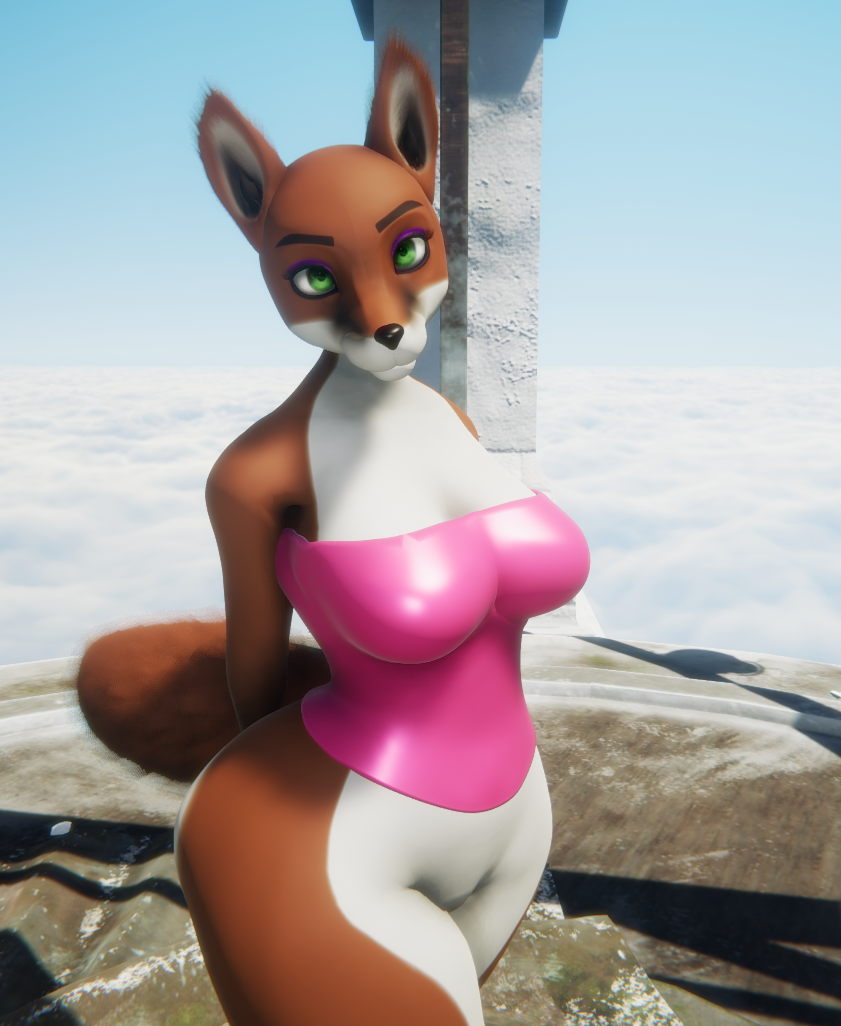 Took about a day to learn enough about Blender to do everything necessary (never used it), and made this as I went. I would say "Give it a try guys, it's not that hard." but...

Anyways, it's currently super simple, but I thought I'd show my first garment with you guys. There's still a lot I want to do with it, like making stretching fabric (latex, material, whatever it is) between her breasts, I'll probably use sculpting for that. Another thing I want to try making a lip around the top and bottom of the crop top, like how you've got on your shirt, think I'll use sculpting for that as well, or extrude the edges a little and let the subdivision modifier handle it. Also considering finding some textures for it -like cotton or something- since latex is kind of a low effort texture to do, since it's just setting the smoothness and metallic modifiers to like ~0.65.

Might try making some high waist booty shorts too, kinda' like daisy duke's type stuff, gonna need to find some jeans textures for that as well.