Blacky
August 19 edited August 19 in Issues
Hey all,
So I'm working on my next project here and since we have a new feature I decided to test it a bit but after changing the values of the EyeNudge when I load my char it looks like this (a bit creepy I might add):

It will get fixed emediately after I touch one of the  XY or Z sliders without even needing to changing the value in a big matter. In fact it would be enough to add any number at the end of the X-value like for example add a 2 on the -8,099953   in order to bring the eyes back in position:

Hard to say when it happened since I tend to work for a few hours on one model without reloding the app.
I tried to reproduce this with just a blank character and I can show you what I found out: When you change the body in a way to make it bigger or taller like scaling the "PelvisScale" Y axis up the EyeNudge values stays at value 0 and the eyes will wander along:

Everything perfectly fine.
Now, if you just touch one of those EyeNudge sliders the eyes will disapear like so:

As you can see I just offsettet the X-axis by 0,55 this is litterally nothing. So where did the go? 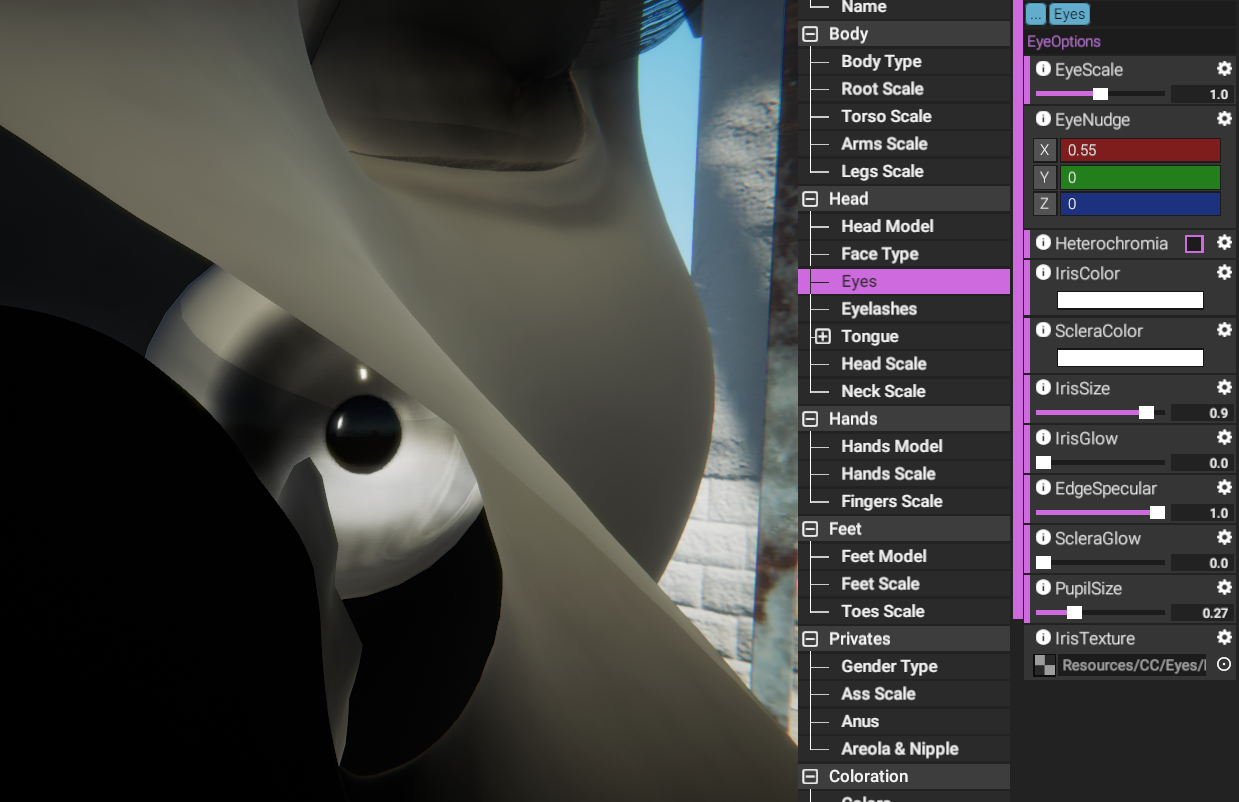 Aha, inside the head you are and much lower...probably exactly the same amount lower as I increased the pelvis' Y scale. but typing in the 1,390002 pelvis scale won't do the trick, it needs a lot more:

They are back, but as you can see the Z-position of the eyes got messed up as well. Anyway now it is fixed, right? so let's save and go to bed, tomorrow we will do the rest of the character: 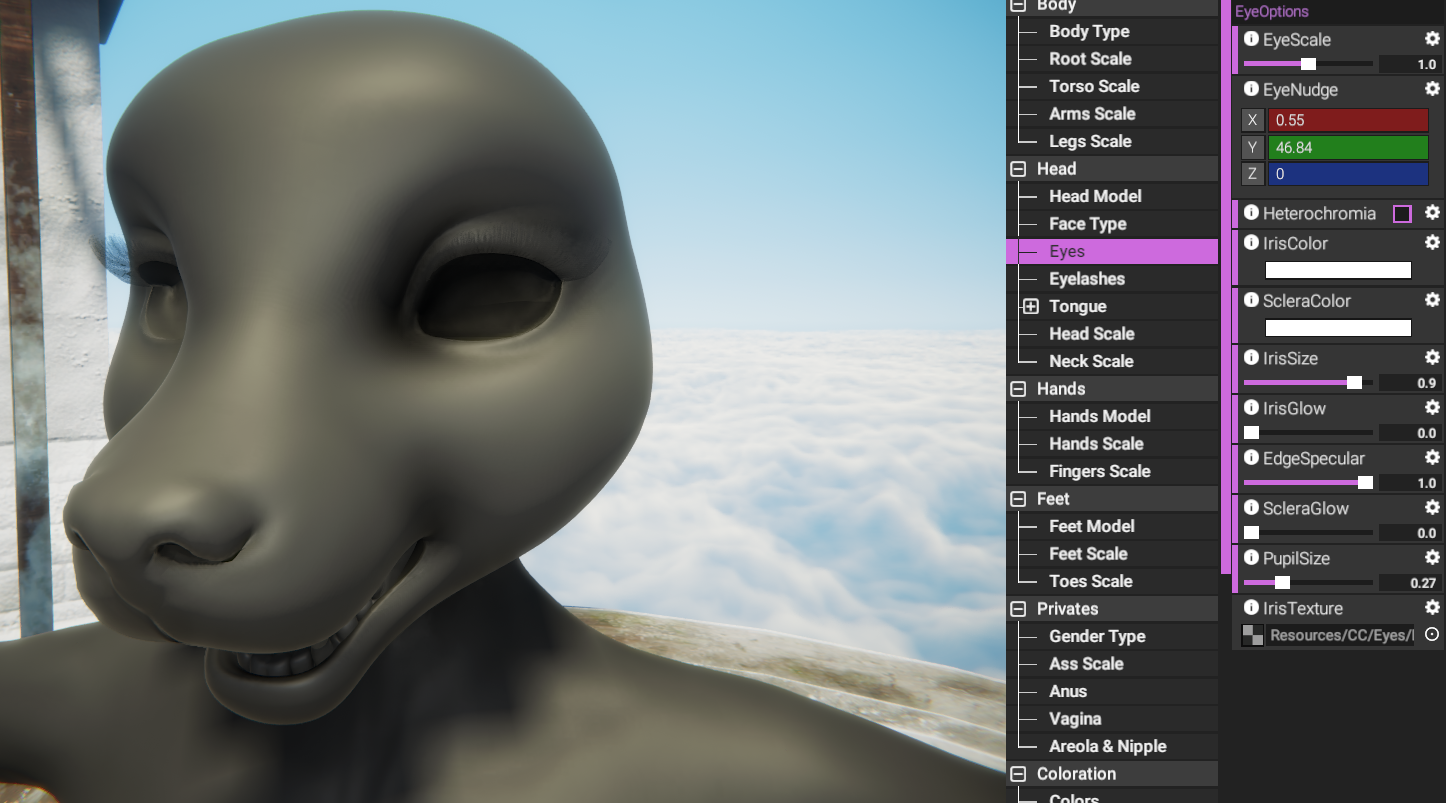 After loading it looks still the same but the values are those of the "fixed" version. After klicking one slider the eyes will come back again.
I know that @odes is on break and there's no need to hurry, I can share some files with you and will probably upload my character despite the fact that it is bugged right now so you can check it out inside the app as well.
Cheers and till then!